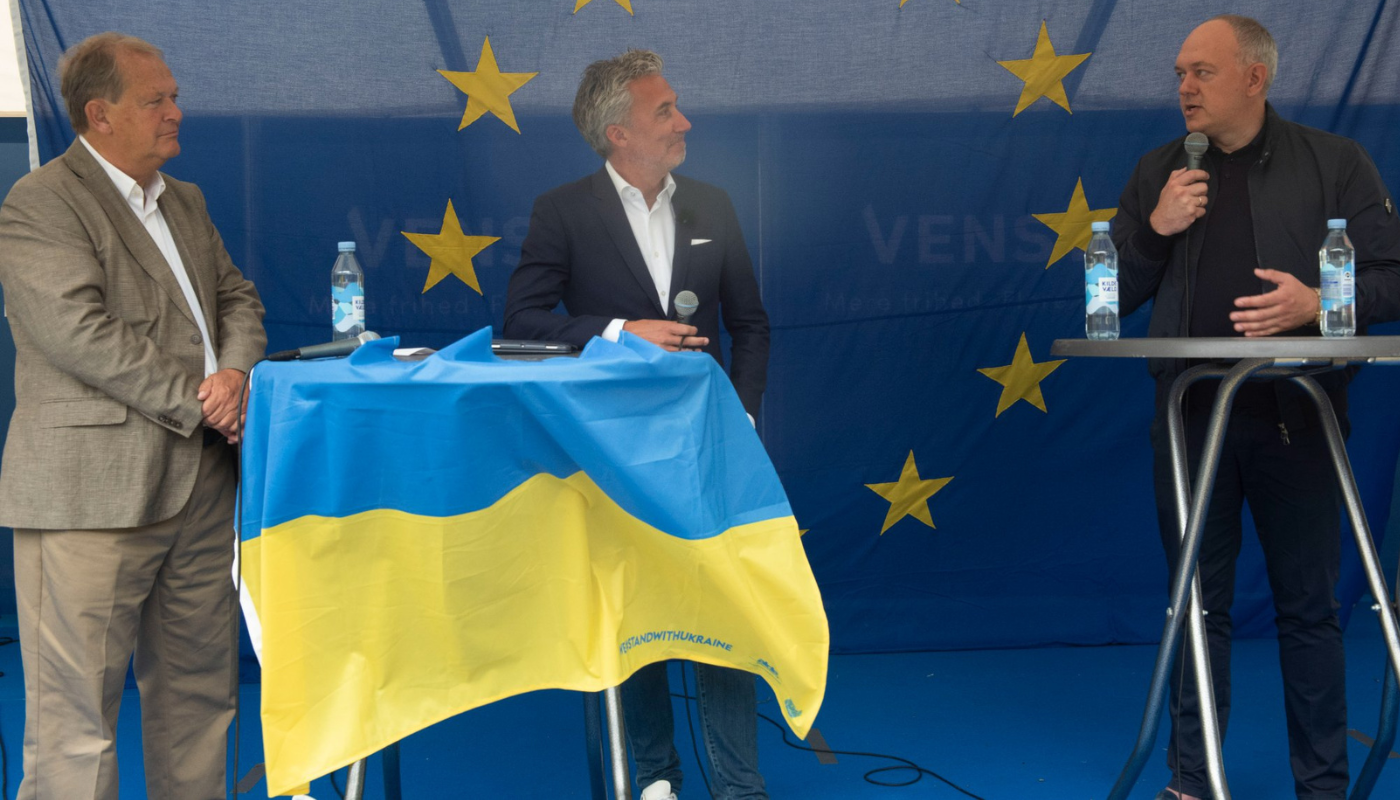 On Saturday 18 June, Venstre – the Liberal Party of Denmark hosted a political talk on a liberal future for Ukraine and Europe at the Folkemødet, the Democracy Festival of Denmark held annually on the island of Bornholm.

ALDE Party Vice President Henrik Bach Mortensen hosted the discussion with Morten Løkkegaard MEP and Mykhailo Vydoinyk, the Ambassador of Ukraine to Denmark, with more than 100 people in attendance.

Putin's invasion of Ukraine has created a new political reality in Europe and this event was organised to take stock of the EU’s policy towards Russia and to look into how Ukraine can move forward towards a liberal future in Europe.

Ukraine has received support from its allies in the West, which the country appreciates according to Vydoinyk. “Without the support in the form of weapons or without financial support, it would be very difficult for Ukraine to stop Russia at our border and not allow them to spread this evil behavior even more,” he said.

Mortensen said: “the Russian invasion and atrocities in Ukraine have drummed up widespread and hitherto unseen support to Ukraine from the Danish population. It was clear from the great interest in meetings about Ukraine at ”The People’s Political Festival” that probably close to all Danes want Ukraine included in the European Union as quickly as possible.”

ALDE Party has been a strong defender of the interests of Ukraine and its territorial integrity consistently and resolutely and supports Ukraine’s aspiration to become a part of the EU in the future. But is Ukraine ready to join the EU? Some of the concerns raised over Ukraine's candidacy were discussed at the event, including issues with the rule of law and with the fight against corruption in Ukraine, which are issues the Ukrainian government itself recognises that it must work on.

The European Commission has backed Ukraine and Moldova to become candidates for EU membership, but the Heads of State and Governments of EU countries will have the final say at the next European Council summit in Brussels on 23-24 June.