Alliance Of Her announces first class for 2023 Academy 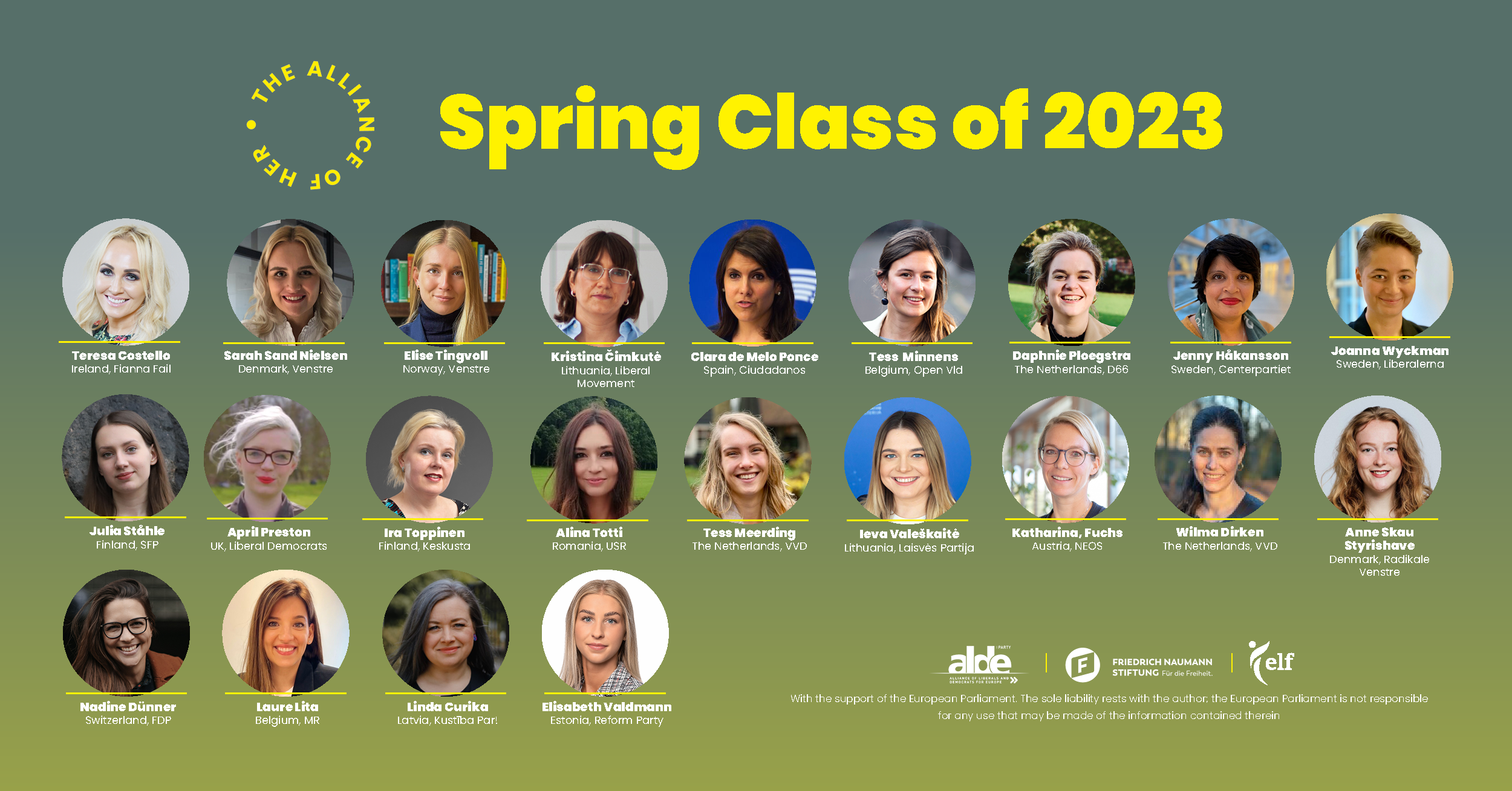 22 talented, ambitious liberal women from across Europe have been selected to join the first of the Alliance Of Her Academy’s classes offered in 2023. In response to the rapidly increasing demand for places in its respected and popular programme aimed at inspiring, empowering, supporting and equipping its participants with what they need to achieve their political goals, the Alliance Of Her will offer three full classes in 2023, as well as a single session ‘retreat’ for young liberal women during the summer.

The first of these classes, referred to as a the ‘Spring’ class, will begin in January in Belgium, before heading to Vienna in March and returning for a final session in Belgium in early May. A second ‘Autumn’ class and a third tailored for liberal women from East and Southeast European countries delivered by the Friedrich Naumann Foundation will take place later in the year.

The Alliance Of Her Academy is much more than a training. Participants work with some of the most experienced experts in liberal politics, hear from inspiring speakers and liberal female leaders, and most importantly benefit from being part of a community of over 150 alumnae – in addition to forming crucial connections with their own class members throughout the programme. All of this takes place in enabling, relaxing spaces where participants can focus on building pathways to achieving their respective political goals.

Be sure to follow the new class members on their journey throughout the 2023 Spring Academy by following the Alliance Of Her on our social media channels below. For further information on the program, please contact the Alliance Of Her Project Manager Adam Vink ([email protected]).

📣 Announcing The Alliance Of Her Spring Class of 2023! Congratulations to these 22 passionate liberal women in politics – stay tuned for more from our academies early next year 🙌 pic.twitter.com/aJoGEisJBW

The Alliance Of Her Academy benefits from generous support of our partners, including the European Parliament. As such, all participants must meet strict eligibility criteria, in addition to demonstrating clear leadership talent and ambition. Participants are also informed of the prohibition to run in an election campaign during the academy or up to 12 months after the termination of the program. If this condition is not respected, participants will be required to cover costs independently or with a ‘substantial’ contribution from their political party.