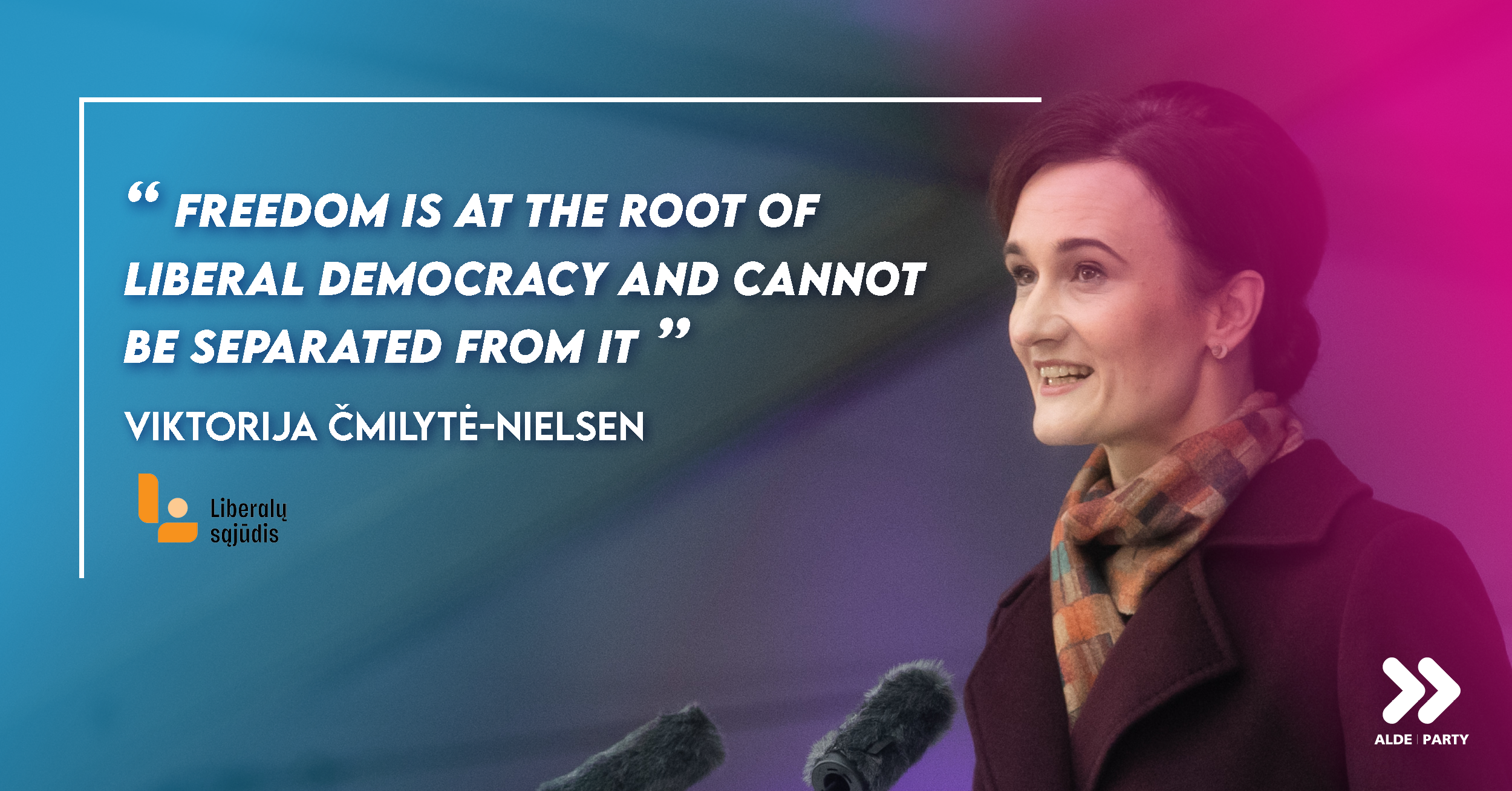 For freedom and justice to prevail, the European community must stay united against the Russian threat and provide the necessary support to Ukraine, writes Viktorija Čmilytė-Nielsen, leader of the Liberal Movement and Speaker of the Lithuanian Seimas.

This op-ed was originally published in the ALDE Party Liberal Bulletin in December 2022.

Russia’s large-scale invasion of Ukraine highlights the need to reflect on freedom as our shared, fundamental value. This is especially true for the liberal community, as freedom can be considered as the most important component of both liberal thought and liberal policy. Freedom is at the root of liberal democracy and cannot be separated from it.

In the times of war and pandemic, none of us knew what to expect and what our future would look like. But, together with non-governmental organisations, our community worked to improve the situation.

The mayors of our party were among the first ones in Lithuania to start actively gathering support for Ukraine. They took care of the first refugees, revised civil defence plans, appealed to fellow mayors from all over Lithuania and Europe, and ended partnerships with Russian cities that failed to turn away from the Kremlin regime.

It is no coincidence that the members of the Liberal Movement were deeply shocked by the attack on Ukraine’s freedom and its people. Horrible memories of the occupation and annexation of Lithuania are not that distant to us: only 32 years have passed since the restoration of our independence. Therefore, people in Lithuania do not take freedom for granted.

Today, Ukraine faces its biggest challenge. Yet not only is the future of Ukraine at stake but freedom and solidarity across Europe. Therefore, thinking of the war as a regional crisis would have devastating
consequences.

No other issue on the liberal agenda can prevail unless Ukraine’s freedom is defended. Russia’s actions are among the most recent and most dangerous examples of how quickly nationalism and fundamentalism can raise their heads. These are attacks directed against the very foundation of democracy. How will we be able to promote European values elsewhere in the world if we fail to defend them on our own continent?

For politicians in the Renew Europe Group, this is an opportunity to kick-start Europe’s renewal. The shock caused by the Russian invasion should be used to ensure that Europe is revitalised and renewed in terms of security, energy independence and economic independence.

We must admit that the EU’s policy towards Russia so far has failed. We need to recognise that we need a strategy to prepare for something that can become a long-lasting, strategic confrontation that requires serious change in both military and non-military components for containing and deterring Russia.

Most importantly, it is crucial to help Ukraine now. The support must be diverse and comprehensive, including supplying modern weapons. There is nothing liberal in leaving the people who defend their freedom unarmed against the aggressor committing war crimes. The recent report of the Independent International Commission of Inquiry on Ukraine clearly states that, among other criminal acts, Russian troops have committed sexual crimes and acts of gender-based violence, and that there have been cases of rape, torture, killing and unlawful restraint of children.

We must therefore ensure, together with the international community, that those responsible for Russia’s crimes in Ukraine are brought to justice.

I believe that Ukraine’s struggle for freedom will lead the country to the European Union. Both the government and the people of Ukraine have demonstrated an undoubtable and heartfelt commitment to the European values, and therefore the country deserves all possible support on this path. Today, freedom is Ukraine and Ukraine is freedom. 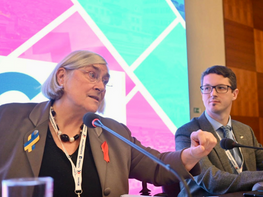 ALDE Party kicks off revision of its founding document