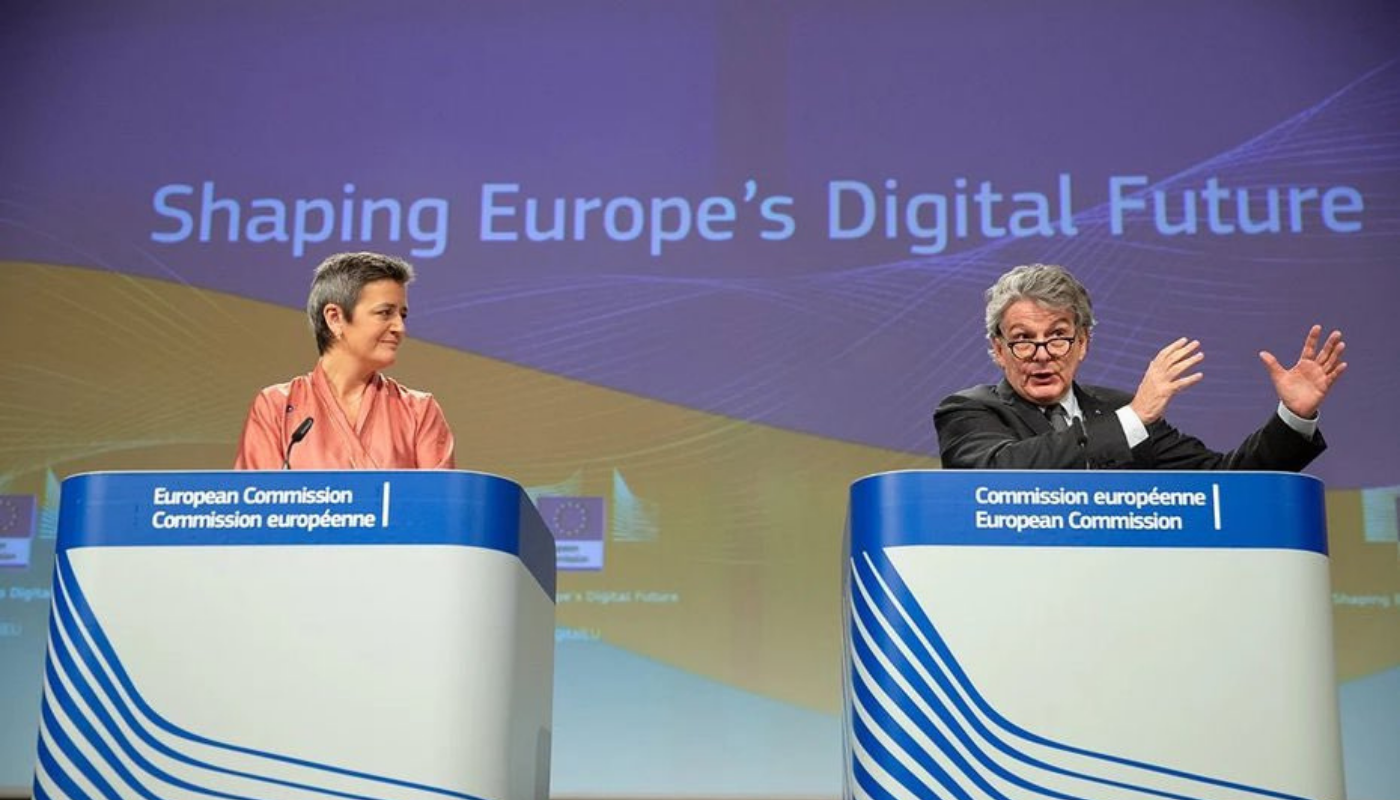 After months of negotiating and discussions, the European Parliament and the Council of Ministers reached an agreement on the new Digital Markets Act (DMA). Thursday 24 March 2022 marks the day that the European Union enters a new era of its internal digital economy.

The DMA lays the groundwork to harmonize rules and regulate digital players such as Apple, Facebook, Amazon and Google by creating an equal level playing field. Companies with a market value of at least 75 billion euros or annual turnover of 7.5 billion euros with minimum 45 million monthly users are subject to these new rules.

As such, they will no longer be allowed to privilege own applications and services over third parties on their own platforms. Moreover, the interoperability of the messaging interfaces will be ensured to function between different applications such as WhatsApp, Facebook Messenger and others. It is a crucial step to make the European digital markets fairer for SMEs and consumer friendly.

Companies that fail to meet these obligations can be fined up to 10 percent of their worldwide annual revenue. In case of repeated violations, these can rise up to 20 percent and the Commission can even prevent the company from making acquisitions.

The European Parliament’s IMCO Committee (Internal Market and Consumer protection) reached an agreement on its position on the DMA late November just after the Council of Ministers adopted its general approach, meaning that both co-legislators could start negotiations beginning this year.

“This is a very important step for European SMEs who struggled to compete with digital giants. The agreement puts an end to unfair practices enables all businesses, big or small, to compete online as freely and fairly as they do offline. It will also provide more choices and fairer prices for consumers.”

Vestager was very pleased after months of negotiations between the Council and Parliament.

“We have achieved something that is unprecedented. The legislation paves the way for open, fair and contestable digital markets so everyone has a fair chance to making it,” she explained.

We have a deal on #DMA! Last trilogue with @Europarl_EN and @EUCouncil ended with a good, strong agreement.
Tune into our press conference tomorrow 8:45 😊 pic.twitter.com/krHHsOqG8u

Breton is convinced that this legislation will make European markets future-proof and will defend the interests of European citizens.

“The Digital Markets Act will structure our digital space for the next 20 years. We have worked closely with the EU Parliament and Council to move forward quickly with a real alignment of ambitions to defend the European general interest,” he added.

Now a formal process of adoption, translation and legalization will start. It is expected that the DMA will enter into force in October of this year, but the main new obligations (Articles 5 and 6) will not come into effect until 2023, so companies can take preparatory measures.

You can re-watch the press conference here.