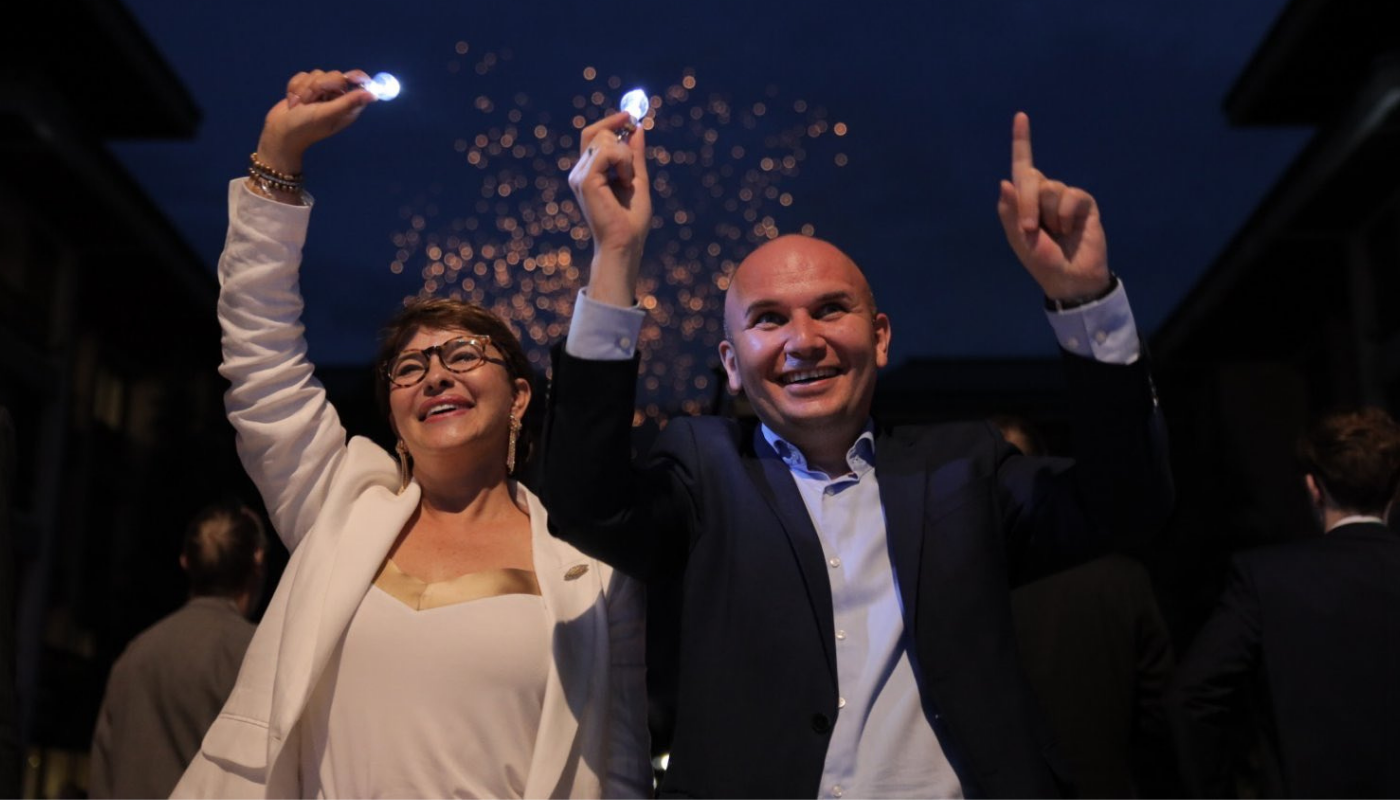 Hundreds of delegates and liberals from around the world gathered in Sofia, Bulgaria, from 30 June to 3 July for the 75th Anniversary Congress of Liberal International, which convened under the theme “reconstructing a liberal world order”.

The Congress was hosted in partnership with MRF, Bulgaria, whose leader Mustafa Karadaya delivered a speech and was also present as a special bell was unveiled at Sofia’s Bells Park memorial, placed with a plaque noting that “peace is attained by standing for freedom, democracy, human rights, and equality”.

ALDE Party co-President Ilhan Kyuchyuk MEP delivered a keynote speech during the opening session of the Congress and said: "Our citizens are hurting, prices are rising. Hurting our working and middle classes the most. Our answer must be a liberal one […] We have to continue championing free trade. It has brought unprecedent prosperity to humanity. It has lifted entire nations and peoples out of poverty. We have to be resolute: more trade today means more jobs tomorrow.” He also praised the people of Ukraine, noting: “Ukrainians aren't only fighting for the territorial integrity of their country; they're fighting for us and for our liberal values”.

Delegates also heard addresses from Macky Sall, President of Senegal and chairman of the African Union, Tsai Ing-wen, the President of Taiwan, and Olga Stefanishyna, Deputy Prime Minister of Ukraine.

ALDE Party Vice President Kira Rudik participated on a panel discussion on ‘defence and security in a new world order’ where she said: “All the countries that are not directly involved in the war, as well as the countries that provide help for us, love the concept of peace. But peace is a very dangerous word. When you have it, you want to keep it, but when you are at war, you no longer want peace, you want victory. There is a huge difference between these words. We want victory.”

She welcomed the decision of Sweden and Finland to join NATO as historic both for these countries and for the world because it demonstrated that the countries were thinking about their own security and that of their citizens rather than whether it will provoke Russia to escalate or not.

Representatives of ALDE Party and Renew Europe also met with their Asian liberal counterparts in the latest edition of the ALDE-CALD meeting series, where participants exchanged experiences and views on how to tackle populism and promote liberalism.

Also, during the programme, the composition of the Liberal International Climate Justice, Fair Trade, and Human Rights Committees were confirmed, a number of resolutions including the latest World Today resolution were adopted, the Hans van Baalen Medal of Liberalism was awarded to King Simeon II of Bulgaria, and delegates decided to award the Liberal International Prize for Freedom 2022 to the President of Ukraine Volodomyr Zelenskyy.

Thank you to @dps_news & their leader, @KARADAYI_DPS, for hosting the global #liberal family in Sofia 🇧🇬 pic.twitter.com/6yEtVoZfyv

Peace is attained by standing for #freedom, #democracy, #humanrights, & #equality.

Donation by the LI & Movement for Rights and Freedoms @dps_news on the occasion of the 75th anniversary of Ll's
founding. ##LIat75 pic.twitter.com/sbiWljywZ1

📣 Join us, in congratulating our newly elected Bureau of Liberal International. 👏

Well done to all those who ran for the positions within the Bureau. pic.twitter.com/FClvkoCoQa

“We all have the same values at heart. Values that we must never forget.” #ALDEParty Co-President @ilhankyuchyuk speaks at @liberalinternat Congress, where liberals from around the world come together in Sofia to discuss liberal solutions for our common challenges 💪 #LIat75 pic.twitter.com/qyZPdkM0ui

🛡️"We need to create a balance between what we call hard security, meaning tanks & guns and soft security, meaning protecting personal integrity", says @AbirAlsahlani from the 63rd Congress of @liberalinternat in Sofia on the future of Europe's security & defence. @Centerpartiet pic.twitter.com/XVRiMjGcRk