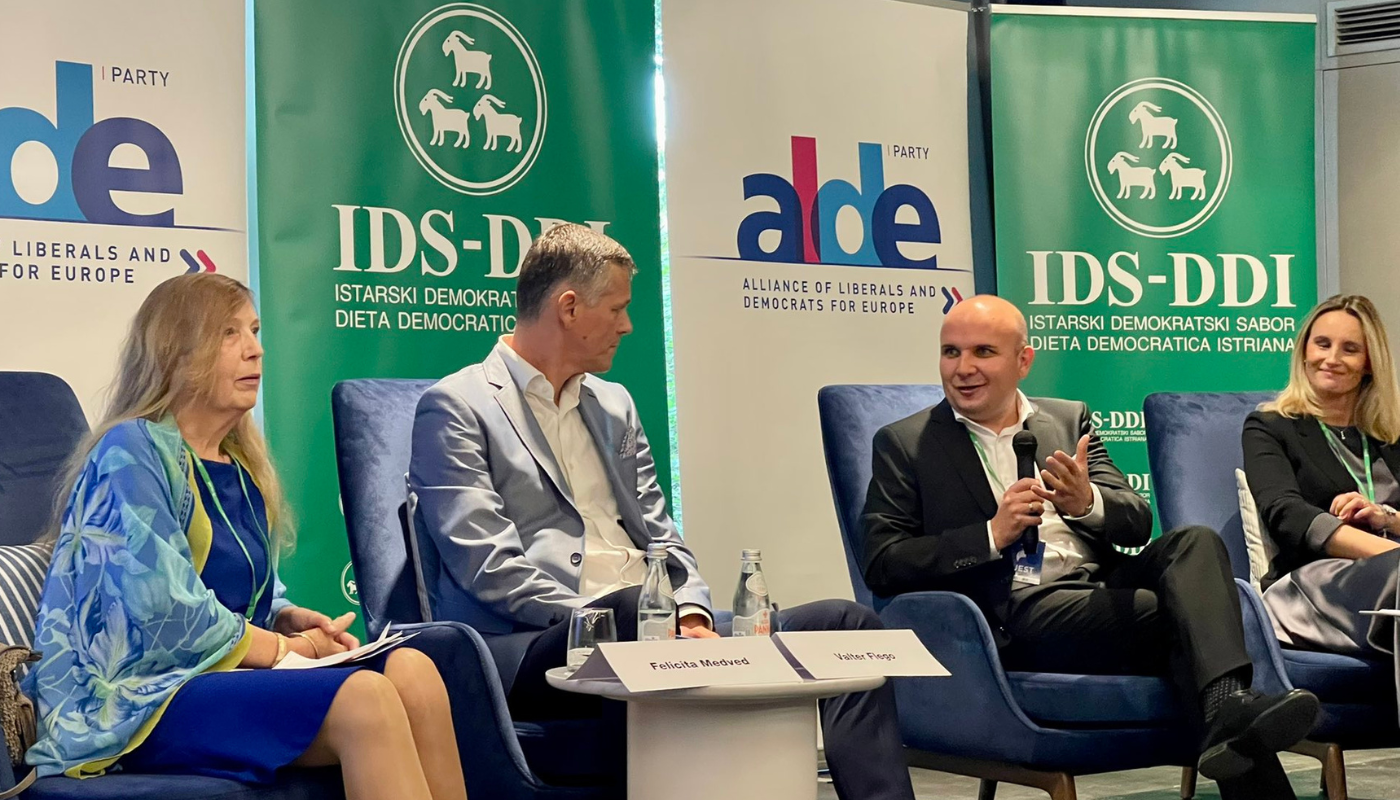 European liberals gathered on Croatian National Day for Elimination of Violence against Women to discuss the rise of conservatism in Europe, the impact of COVID-19 and the war in Ukraine on women’s rights, and the measures needed to achieve real gender equality.

IDS-DDI, one of ALDE Party member parties in Croatia, organised an international Conference on the situation of women rights in Europe, bringing together representatives from liberal parties and partner organisations.

The Conference, was held in Pula, Croatia, on 24 September, on the occasion of the Croatian National Day for Elimination of Violence against Women. It focused on the rise of conservatism in Europe, the impact of COVID-19 and the war in Ukraine on women’s rights, and the measures needed to achieve real gender equality.

Kyuchyuk stressed that liberal parties across Europe must be united to continue fighting for equality between women and men. “This EU is not up to the 21st century, it was designed for the 20th century, and now we have to further upgrade it”, he added.

Liberals across #Europe are key to defend the rising conservative wave in our continent. Men and women deserve the same opportunities and we’ll continue fighting for equality.

I am happy to participate in the Conference on the situation of women in Europe organised by @IDSDDI. pic.twitter.com/NINhQ3IPZM

“We have made progress in various topics and policies and that in general we are moving forward as a society, but now some topics are coming back to us. In that sense, it was easier for me to be a liberal before 17, because then I fought for what we have today, and now I have the feeling that we are losing what we fought for”, Čuraj said when talking about the obstacles for an open Croatian society.

Hrebak stressed that political leaders need to get closer to citizens and communicate better. “We need to stop dreaming and start fighting for the preservation of existing rights”, he added.

“I was convinced that during my lifetime I would not have to fight for some rights that I thought we had 'put away' in a drawer, for example the right to abortion. I was convinced that it was behind us”, Mrak-Taritaš reflected on the openness of societies.

Paus underlined that liberals are a driving force in the fight for gender equality. “The full equality of women in the world is the task of liberals and one of the fundamental principles of our liberal policy.”