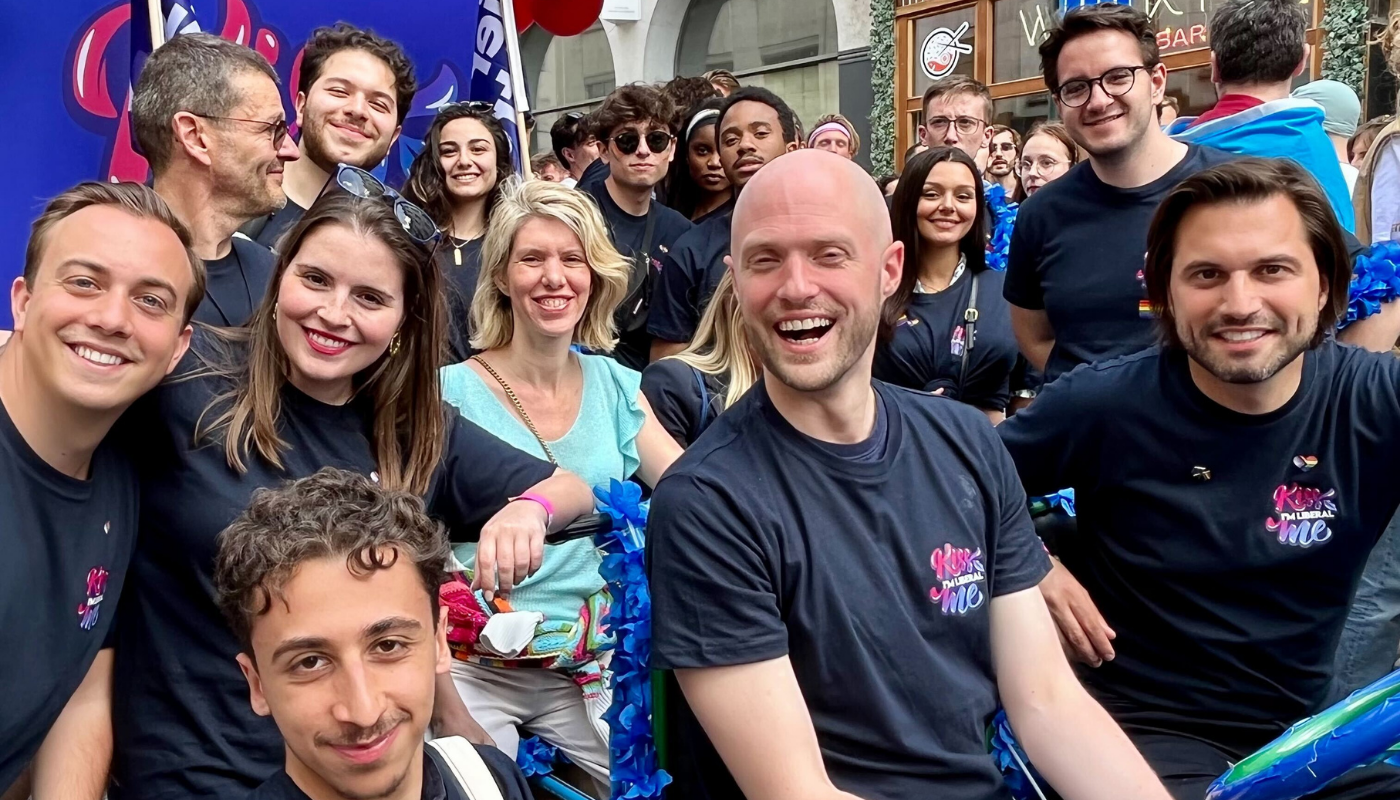 On Saturday 21 May, liberals from Belgium and across Europe came together for Belgian Pride. During the event, thousands of participants and volunteers came out to show their support for the LGBTQIA+ community in a Pride parade and celebration in the streets of Brussels.

European liberals took part in this year’s Pride in cooperation with Belgian ALDE Party members Mouvement Réformateur and Open VLD, as well LYMEC and liberal youth from Jeunes MR and Jong VLD. Under the slogan “Kiss Me, I’m Liberal”, party members, supporters and elected politicians joined liberals at the Pride parade, taking a stand for freedom and equality for LBGTQIA+ people in Europe and beyond.

This year’s Pride comes at a critical time, as despite recent gains, the fight for equality is far from over. In a 2019 survey, the European Union Agency for Fundamental Rights found that discrimination on grounds of sexual orientation, gender identity/expression and sex characteristics was increasing in the EU.

That is why in 2021, we spearheaded grassroots support for Renew Europe’s resolution to declare the European Union a LGBTI Freedom Zone. The resolution was passed by the European Parliament, but our fight for equality didn’t stop there! As Europe’s liberals, we are continually striving for a more open and tolerant society, where all people are free to live and love without discrimination or violence because of their sexual orientation or gender identity.

Catch up with more from liberals at Belgian Pride 2022 below.

European liberals were proud to stand with the LGBTQIA+ community today at @TheBelgianPride! Love is love, and we are committed to the fight for LGBTQIA+ rights and freedoms 🏳️‍🌈🏳️‍⚧️ pic.twitter.com/7weiNtEafa