On 29 February, Slovakians went to the polls to vote in the country’s general elections. With a record turnout of 63.94% – the highest since 2002 – the governing party of the past 12 years, The Direction – Social Democracy (Smer-SD) party was defeated by the Ordinary People and Independent Personalities (OĽaNO) party that won 25.02% of the vote. The government coalition talks are expected to begin shortly.

Featuring high on the electoral agenda and a key motivating factor for voters in these elections was corruption, following the 2018 murder of journalist Ján Kuciak and his fiancé Martina Kusnirova who was investigating high-level corruption and organised crime in the country. Kuciak and Kusnirova’s deaths sparked nation-wide protests and challenged the sitting government of now former prime minister Peter Pellegrini and Smer-SD party leader Robert Fico. Igor Matovič, leader of OĽaNO, has already said his party will take a zero-tolerance approach to corruption.

Unfortunately, ALDE member Progressive Slovakia (PS) running in coalition with the Together Party (Spolu) did not meet the threshold of 7% of votes for electoral coalitions and therefore did not gain any seats.

On 2 March, the PS leader Michal Truban announced that he will resign as the party’s leader. A new leader will be elected at the party’s next congress but it is still unclear when this will be held. 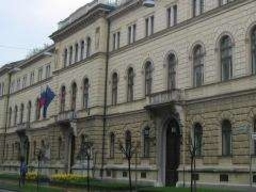