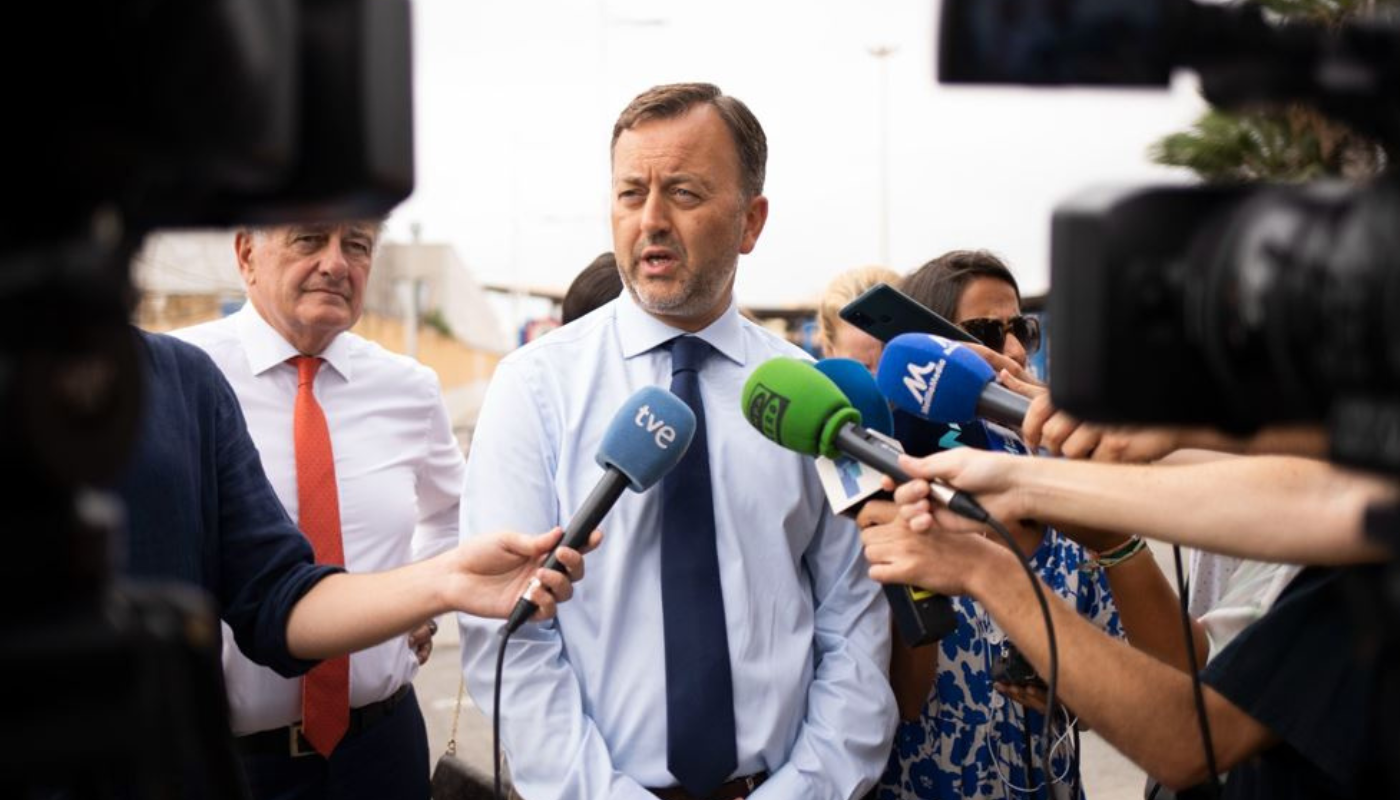 Melilla is one of two autonomous cities that are Spanish and European, forming the Southern border of Europe in Africa and the only two European enclaves on that continent. On 24 June 2022, 37 migrants died trying to climb the fence into the EU. Following this tragedy both Decoster and Vanraes understood the importance of helping Melilla deliver its message to Europe and to throw their support behind the autonomous cities joining the European Committee of the Regions. Decoster had already issued a video in response to the tragedy earlier this year.

“Melilla is not alone,” said Decoster during the joint press conference after the visit.

“The EU must act to protect all its territories, including its land borders with Africa, namely the Spanish cities of Melilla and Ceuta. The recent tragedy of 24 June at Melilla where dozens of migrants died trying to jump the fence must not be allowed to happen again. I call on the Czech government to initiate a discussion during its presidency of the Council to highlight the urgent humanitarian and security need to reinforce a common approach to managing the EU’s borders.”

As Vice President of his region where Calais lies, Decoster is unfortunately all too familiar with some migration tragedies: “I know that it may be difficult for a city to be on the route of migration so we have to express our solidarity, but also help because I think it is a European problem and to know and shape what is next for European integration.”

Vanraes said: “The death of 30 immigrants at Melilla requires an urgent European response that helps to safeguard fundamental human rights while protecting the European borders against migrant traffickers.”

Both Decoster and Vanraes went to see first-hand the border post of Beni-Enzar and the refugee centre and highlighted the need to formulate “a common European immigration policy based on human dignity and the need for integration”. To do this “it is necessary to use European tools to help local authorities face migratory pressure,” added Decoster.