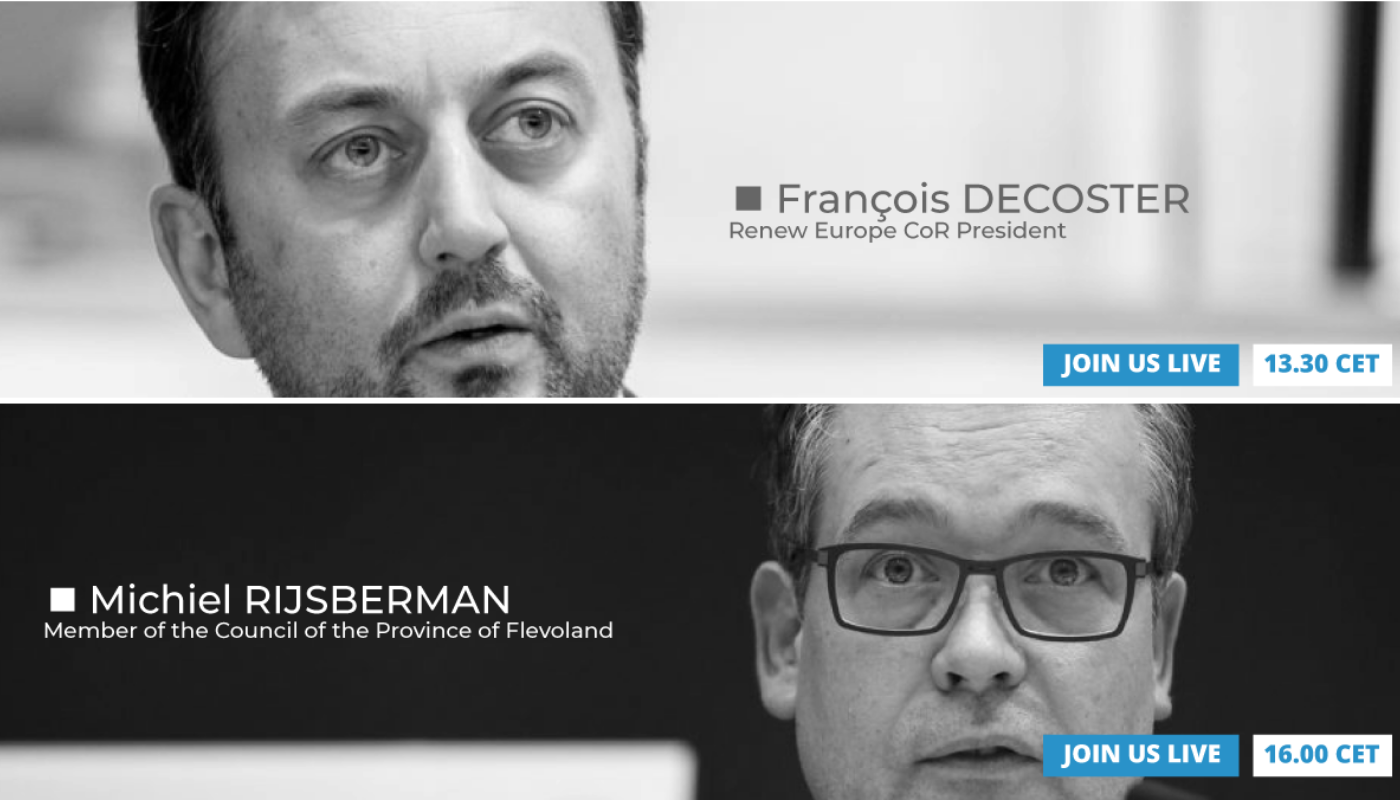 During the European Committee of the Regions plenary on 27-28 April, Ukrainian local leaders from Kyiv, Lviv, Mariupol and Melitopol will join local and regional EU leaders such as François Decoster, President of Renew Europe at the Committee of Regions and Vice-President Ulrika Landergren to discuss the current situation facing their cities.

They will discuss how the EU’s regions and cities can best help in providing humanitarian support and protect Ukrainian refugees. This follows on the European Committee of the Regions mission to the EU border lead by Decoster. Renew CoR members will also contribute to a resolution calling for the immediate release of kidnapped Ukrainian Mayors and tools to be put at the disposal of local authorities to help them shelter refugees.

In addition, representatives of the EU with Michiel Rijsberman, Regional Minister of Flevoland, The Netherlands, will discuss the EU’s relationship with the UK and adopt recommendations on how to strengthen ties at the subnational level.

On Thursday, CoR members including Landergren will debate on the promotion of European democratic values through education to foster EU citizenship with Dubravka Šuica, European Commission Vice-President for Democracy and Demography.

This debate will contribute to the ongoing discussion with the citizens within the framework of the Conference on the Future of Europe, and for which the final report will be presented on 9 May, Europe Day, to the presidents of the EU institutions.