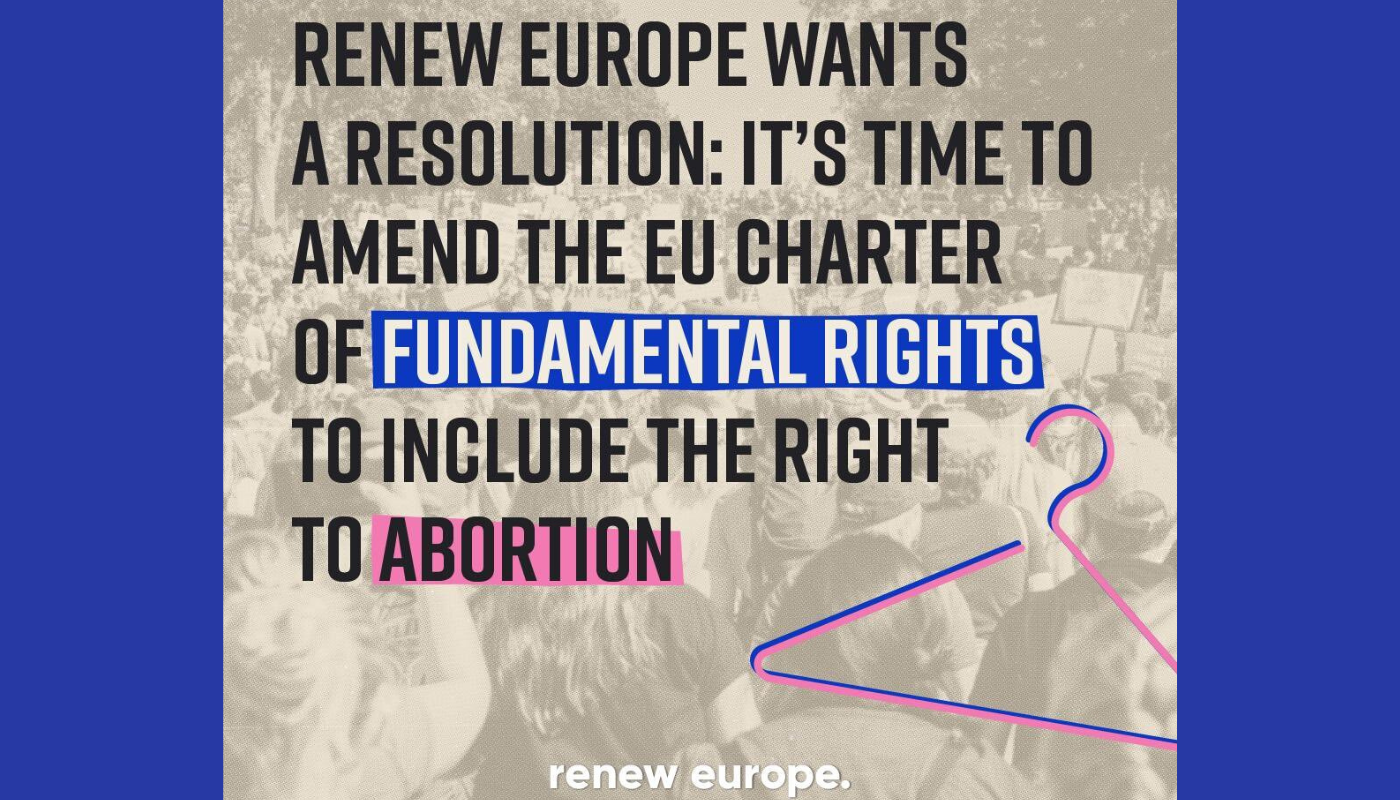 In a debate of the European Parliament in Strasbourg on 4 July, the Renew Europe Group sent a strong message to all women across the EU; your right to decide over your bodies must be written in stone and safeguarded by the EU Charter of Fundamental Rights.

Our political Group in the European Parliament also emphasised the need for all of EU’s Member States to guarantee access to Sexual and Reproductive Health and Rights (SRHR), such as contraceptive methods and supplies, information on contraception, and sexual education.

MEPs will later this week vote on a resolution initiated by Renew Europe to amend the EU's Charter of Fundamental Rights to include every woman's right to safe and legal abortion.

"The weakening of abortion rights in the United States has clearly shown why we must use every tool available to safeguard abortion rights in the European Union. The global anti-women trend is also very evident in Poland, where the PiS government has imposed new laws to gain control over women's bodies in the last few years, and in other EU States, such as Croatia, Slovakia and Lithuania.

That is why the binding document codifying the personal freedoms and rights of EU citizens should be expanded. We must do more than just sign resolutions and condemn the extremist ideology that questions women's autonomy - the legal protection of the right to abortion must be integrated into the EU Charter of Fundamental Rights."

Soraya Rodríguez Ramos MEP, Coordinator in the Committee on Gender Equality and Women's rights (FEMM) and shadow rapporteur on the resolution, said:

“The number of abortions does not decrease when the right to safe and legal abortion is banned, only the number of women who have abortions under clandestine conditions does increase. This debate is not about the defence of life, despite the claims of the anti-abortion movements. It is a debate about the freedom of women. The right to safe and legal abortion must be a fundamental right for all European women.“

“Not a step back in the rights of women #WomensRights”, she added