Russia is not as great and influential as it appears 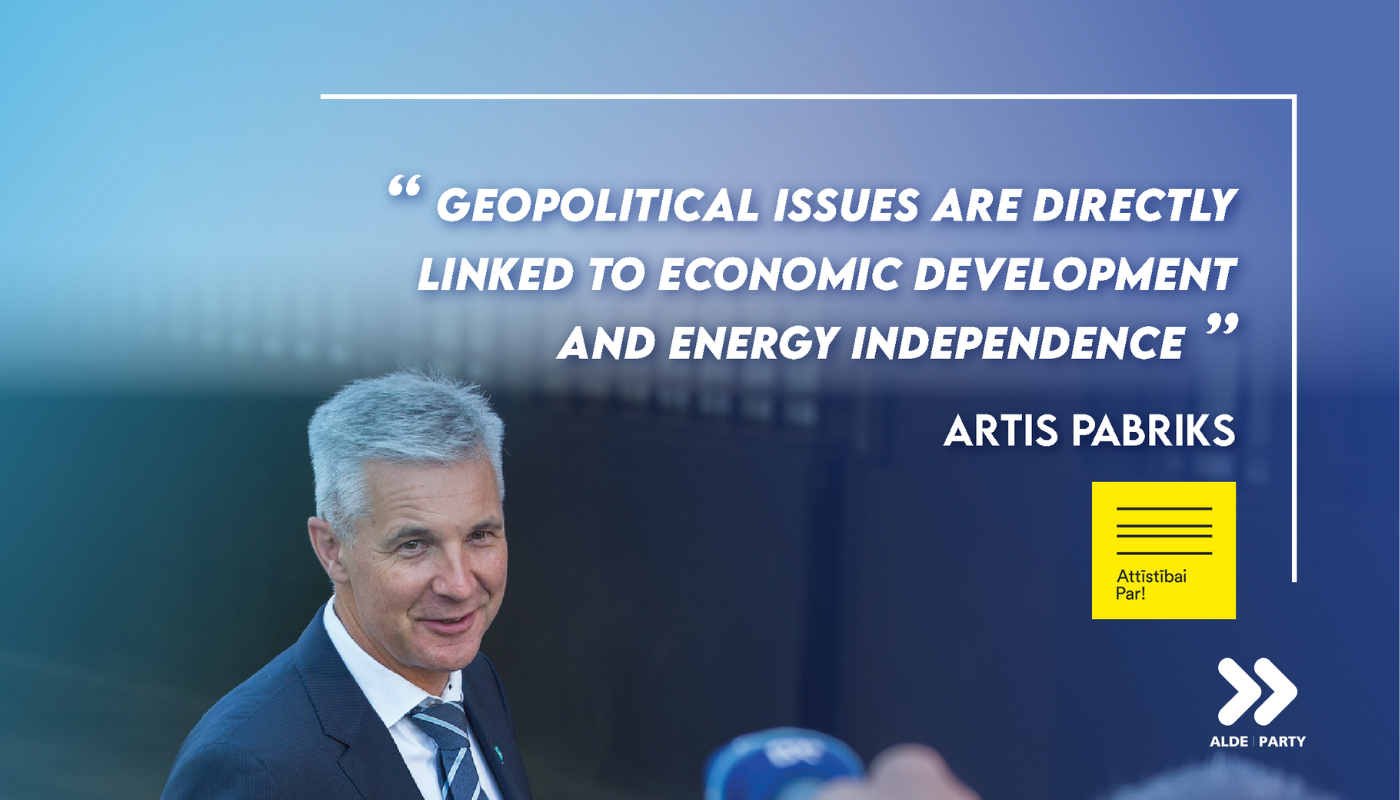 For Artis Pabriks, Deputy Prime Minister and Minister for Defence of the Republic of Latvia and leader of the Latvian liberal alliance Attīstībai/ Par!, an energy-independent Europe is key to face these challenging times.

This op-ed was originally published in the ALDE Party Liberal Bulletin in June 2022.

The image of Russia we have in our minds is that of an enormous country taking up half of Eurasia on the world map. Our belief in the country’s economic might stems from Russia’s incessant declarations of Europe’s dependence on its oil and gas. Although there is some truth to both claims, in reality they are largely exaggerated. The myth of Russia’s economic strength has been dispelled – following the invasion of Ukraine, Europe was able to reevaluate its needs for Russian oil and gas and come up with an alternative strategy within a matter of weeks. We are already working towards the European Green Deal and today, Europe refuses to fund the Kremlin’s regime, which is largely sustained from trade in Russia’s environmental resources. The events of the past months have demonstrated that geopolitical issues are directly linked to economic development and energy independence, the latter being one of the most important factors in the security of the Baltic countries. The longer we remain dependent on an aggressive and unpredictable neighbour for our energy, the more likely it becomes that this leverage will be used against us.

In the immediate future, Latvia, like the rest of Europe, will consider the needs of its population by adjusting taxes, coming up with financial support mechanisms, simplifying the bureaucratic process surrounding the production of solar and wind power and switching to the use of liquified gas instead of the gas we used to buy from Russia.

In the long run, Latvia and the Baltics, but also Europe as such, must use their unique potential to become a centre for green and zero emission energy. To achieve this, we must focus on three aspects: Immediate resumption of the Baltic nuclear power plant project, interconnection of Baltic power systems with Continental Europe and production of green hydrogen - key to transition from fossil fuels.

Refusing Russia’s oil and gas is not going to happen overnight, but I am convinced that the resources and technologies available to us today are able to produce enough safe and clean energy for Latvia and Europe. Our economic performance, development and competitiveness are at stake, but more importantly it is a matter of security and independence of the whole democratic world. We are ready and must act united now!

You can now follow Deputy Prime Minister and Minister for Defence of the Republic of Latvia Artis Pabriks in Twitter here.