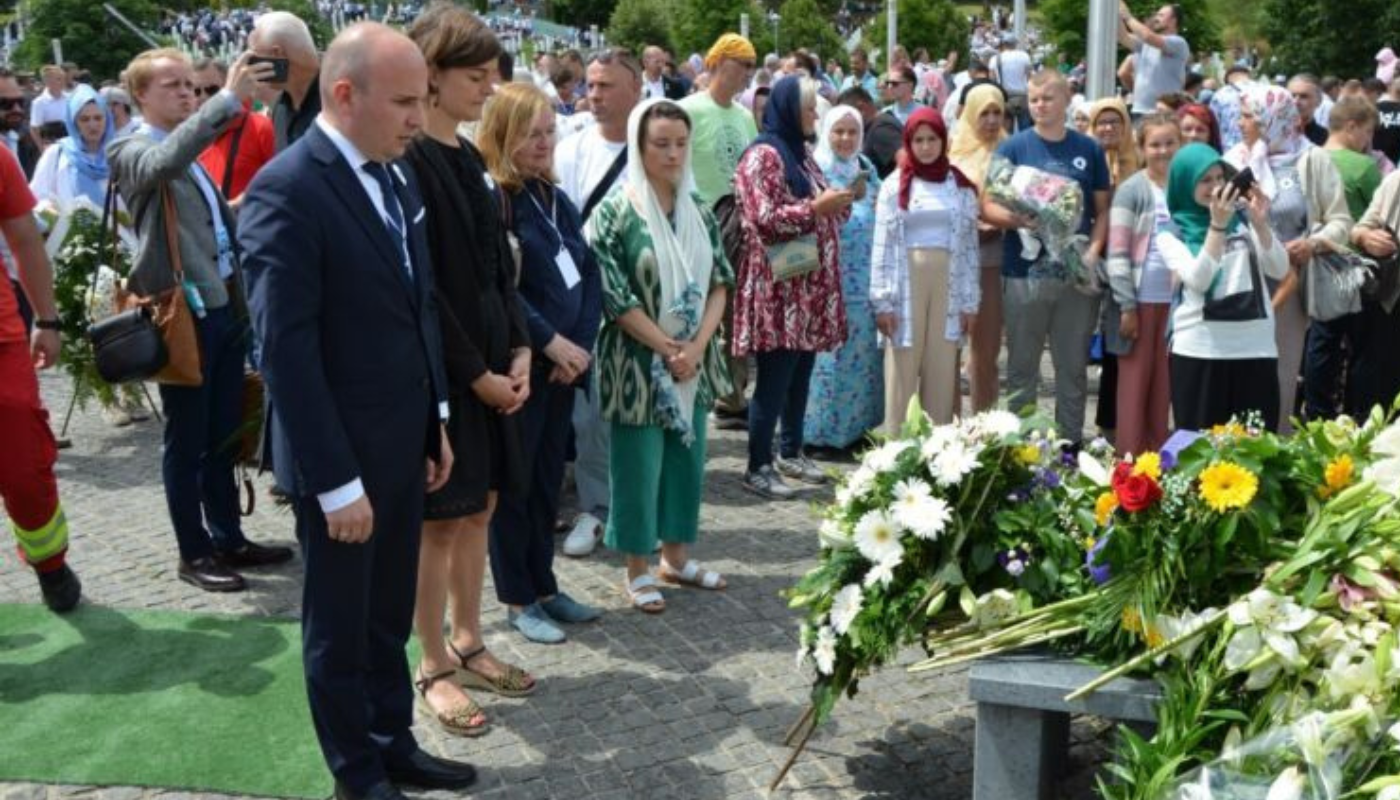 On 11 July the Renew Europe Group in the European Parliament participated at the annual commemoration of the Srebrenica massacre, a dark page in our continent’s recent history.

Four of our MEPs, ALDE Party co-President Ilhan Kyuckyuk, Nathalie Loiseau, Karen Melchior and Catharina Rinzema were present at the Srebrenica Memorial Centre for the 27th anniversary of the genocide, to commemorate and honour the 8.000 Bosnian men and boys slaughtered by Bosnian Serb forces in July 1995.

Together with colleagues from @dps_news and @RenewEurope we've paid tribute to the thousands of men and boys who were systematically murdered in #Srebrenica in the dark days of July 1995. It is our moral duty to prevent these kinds atrocities from ever happening again. pic.twitter.com/PvD7wdbD8u

The Group states that we must join efforts so that violence never comes back to the region and to Bosnia Herzegovina. The European Union must strongly support efforts in favour of reconciliation. There is no room for provocative behaviours that threaten peace and stability in Bosnia Herzegovina.

Renew Europe also condemns any initiative to deny or minimise the Srebrenica genocide. Renew Europe encourages efforts across Europe to prevent hate speech and incitement to violence through education and dialogue.

Today we remember the victims of the genocide in #Srebrenica.

We have to join efforts so that violence never comes back to the region & to Bosnia Herzegovina.

The 🇪🇺 Union must strongly support efforts in favor of reconciliation.

Renew Europe expects that the upcoming general elections in Bosnia and Herzegovina, scheduled in October, take place in a safe environment and that they are free and fair. We call on all political forces in the country to act responsibly as it is essential to strengthen trust, dialogue, compromise building, and work towards peace and mutual respect among all peoples and citizens in Bosnia and Herzegovina. We will make sure that the European Parliament takes part in the election observation mission.