The Alliance Of Her supports first ever delegation to the UNGA 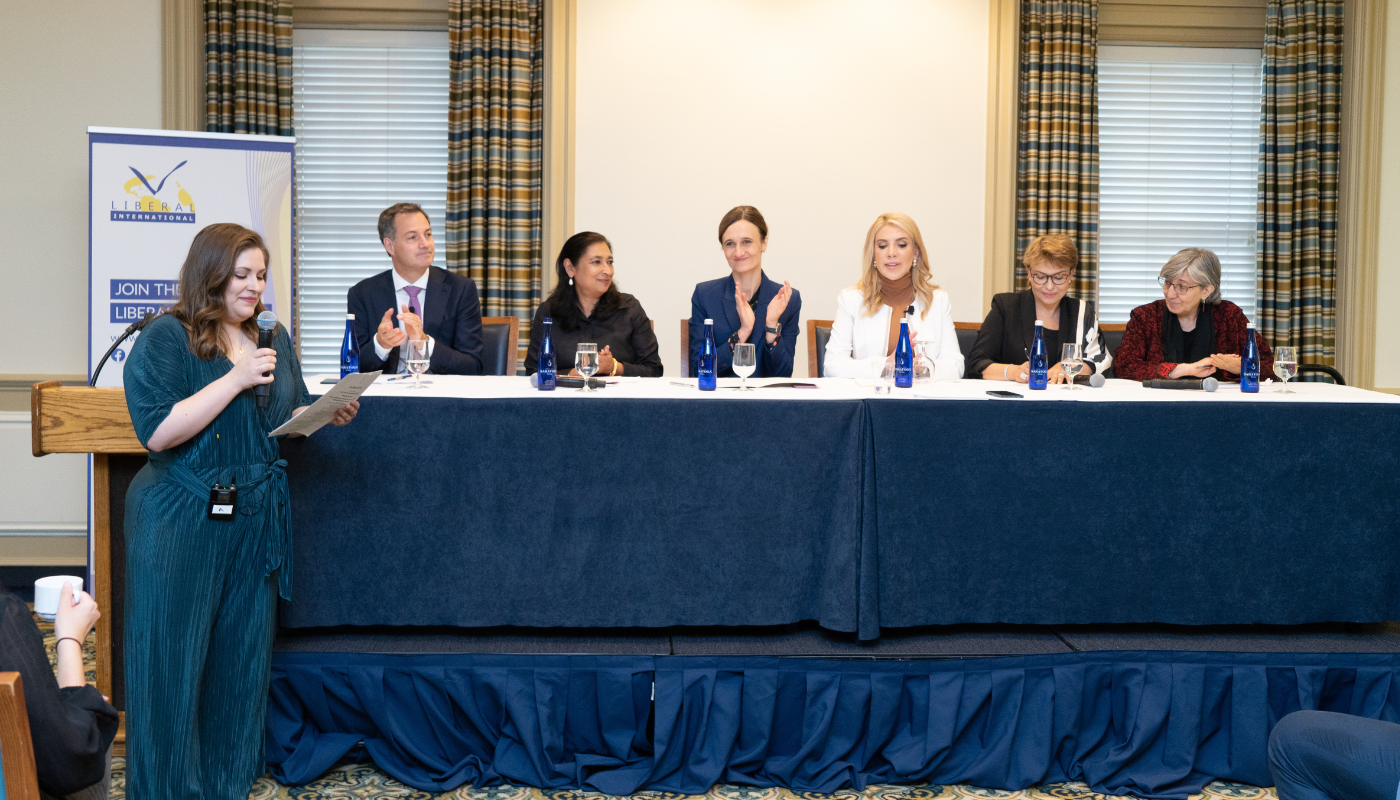 In addition to its world-class political leadership Academy, the Alliance Of Her supports a dynamic, influential and growing alumnae and allies network with the ambition to advocate in Europe and around the world to promote female political leadership and representation.

With this in mind, the Alliance Of Her supported a delegation to the 77th session of the United Nations General Assembly (UNGA) in September 2022. This years’ session of UNGA came at a time of significant global turmoil with world leaders convening while crises such as the Russian invasion of Ukraine, protests in Iran against the regime’s treatment of women, increasing authoritarianism, and of course climate change.

The Alliance Of Her delegation used the opportunity of UNGA to make the case through meetings, events and activism, that a powerful way to solve these and other crises is by prioritising female political leadership and ensuring more liberal women are represented in political life around the world.

During some intense few days in New York, our delegation met with high-level political leaders, such as US Speaker of the House Nancy Pelosi, were interviewed by US media, and led two events – a high-level debate and a networking reception for partners and allies of the Alliance Of Her.

The delegation, which included ALDE Party Vice Presidents Kira Rudik and Svenja Hahn, Speaker of the Parliament of Lithuania Viktorija Čmilytė-Nielsen, Irish Senator Erin McGreehan and Nasa Stranka party activist Jasmina Mršo, also participated in protests against the Russian invasion of Ukraine and against the Iranian government’s treatment of women’s rights outside the UN building, as well as in several policy debates and events taking place to coincide with UNGA.

The delegation succeeded in increasing the profile of female political leadership on the global stage, the importance of programs like the Alliance Of Her in shifting the agenda, and forging new connections with like-minded partners to create more opportunities for future impact.