The AOH Academy Class of 2022 continues to impress and inspire 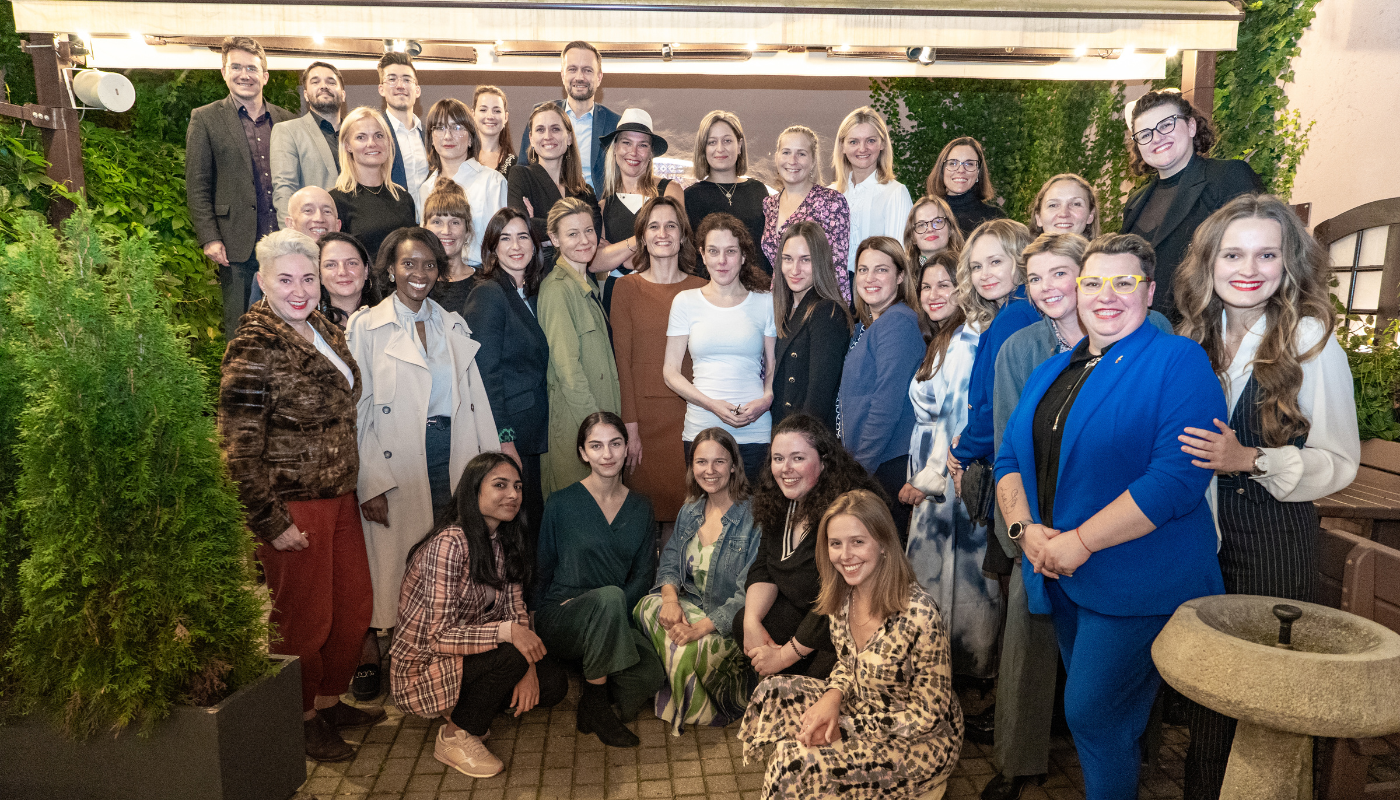 Over the weekend of 15-18 September, The Alliance Of Her (AOH) 2022 Academy continued with the second session of its open class, formed by 20 incredibly impressive and talented women from around Europe, in Vilnius, Lithuania.

Having covered key areas relevant to succeeding in political life on the first session, participants got to learn more about communications and storytelling this weekend. They had the chance to go deep into their personal goals and political plans with their peers, experts, and experienced female political leaders. Among these last ones, the AOH was especially proud to welcome ALDE Party Vice President, Member of the Ukrainian Parliament, and Leader of the GOLOS Party, Kira Rudik, who shared her moving story about her life in Ukraine as a citizen and a public servant.

“The Alliance Of Her is: support of political ambitions of women, working on the destruction of glass ceilings and building a future shaped by women’s voices. It is an honour to be part of their influential community of courageous liberal women,” she declared.

@AllianceOfHer is :
- support of political ambitions of women
- working on destruction of glass barirers
- building future shaped by women's voices

It is an honour to be a part of the influential community of courageous liberal women #AllianceOfHer. pic.twitter.com/gl0HbEi4PH

A major highlight for the participants and the whole Alliance Of Her team was the involvement of Speaker of the Seimas of the Republic of Lithuania, Viktorija Čmilytė-Nielsen. Čmilytė-Nielsen joined for one of the Academy’s famous ‘fireside chats’, where she shared the story of her rise in Lithuanian politics to her current position; her successes and challenges and what she has learned in her inspiring journey so far. Participants were joined by members of Lithuanian Liberal Movement and Laisvės Party.

Now that both of The Alliance Of Her Academy classes have completed their first two sessions, it is clear that 2022 will be a landmark year for the Academy. With only the final combined session in November to take place, it will be exciting to see the projects the class of 2022 have been working on. Given the calibre of this year’s participants, we can’t wait to see their progress.

It’s a wrap – the second session of our Open Class of 2022 has just come to a close. Four days of inspiration and empowering moments – this class is ready to lead and succeed 🔥! More on Flickr 📷 https://t.co/mxTQlyqQCp#SheWillBeHeard @ALDEParty @EurLiberalForum @fnfeurope pic.twitter.com/rmRLrzihV9

All participants meet strict eligibility criteria, in addition to demonstrating clear leadership talent and ambition. Participants are also informed of the prohibition to run in an election campaign during the academy or up to 12 months after the termination of the program. If this condition is not respected, participants will be required to cover costs independently.