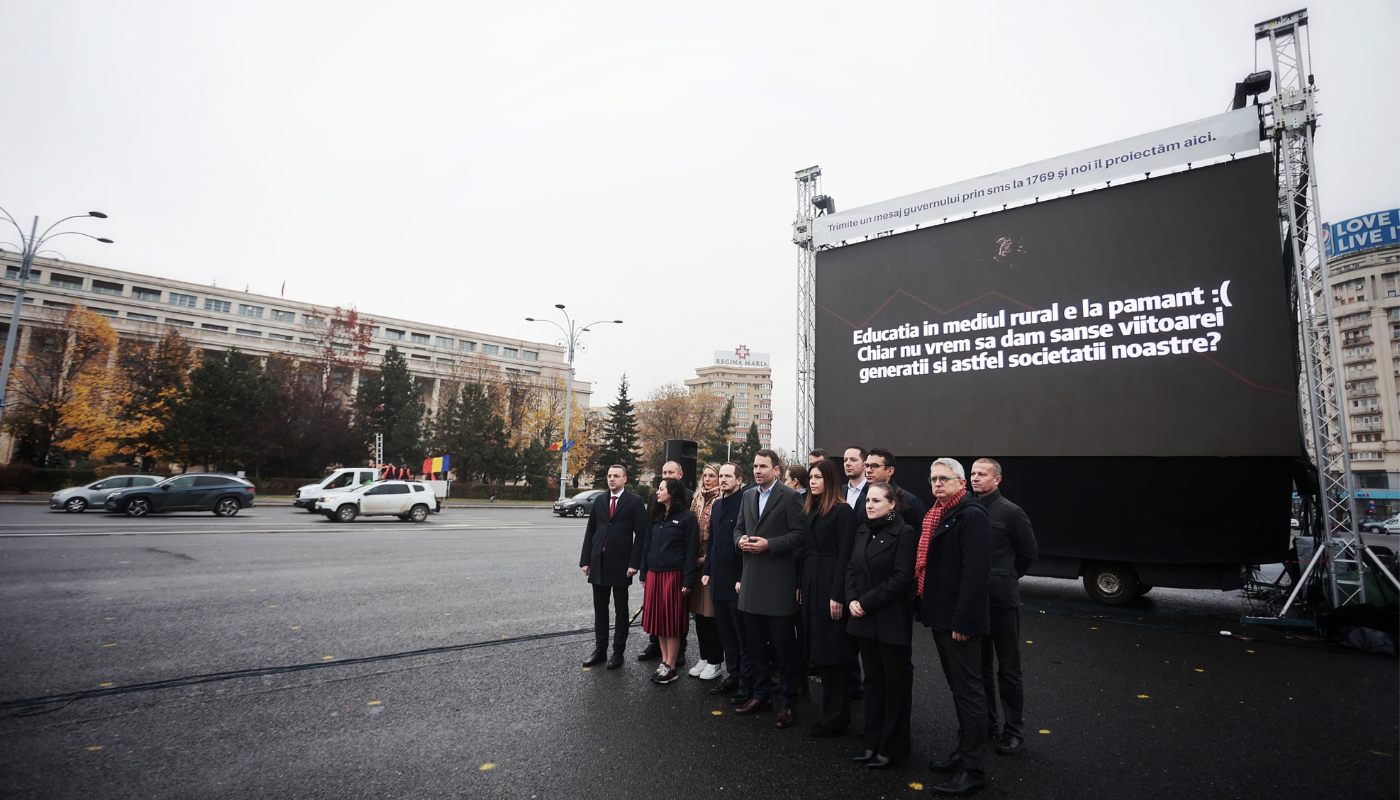 On 24 November, in Bucharest, ALDE Party member party USR launched their ‘Black Book of Governance’, in which the party warns against the coming economic crisis and highlights mistakes of the current governing alliance of socialists and conservatives.

In an event to mark one year since the formation of the current coalition government consisting of the Social Democratic Party (PSD), National Liberal Party (PNL), and Democratic Alliance of Hungarians in Romania (UDMR/RMDSZ), USR installed two large LED screens in front of the government building, for passers-by to write in and project their message for the ruling parties all day long.

More than 4,700 messages were displayed over 10 hours and the Romanian people highlighted their grievances about the current state of the country, the economy, rising prices of gas, electricity and goods.