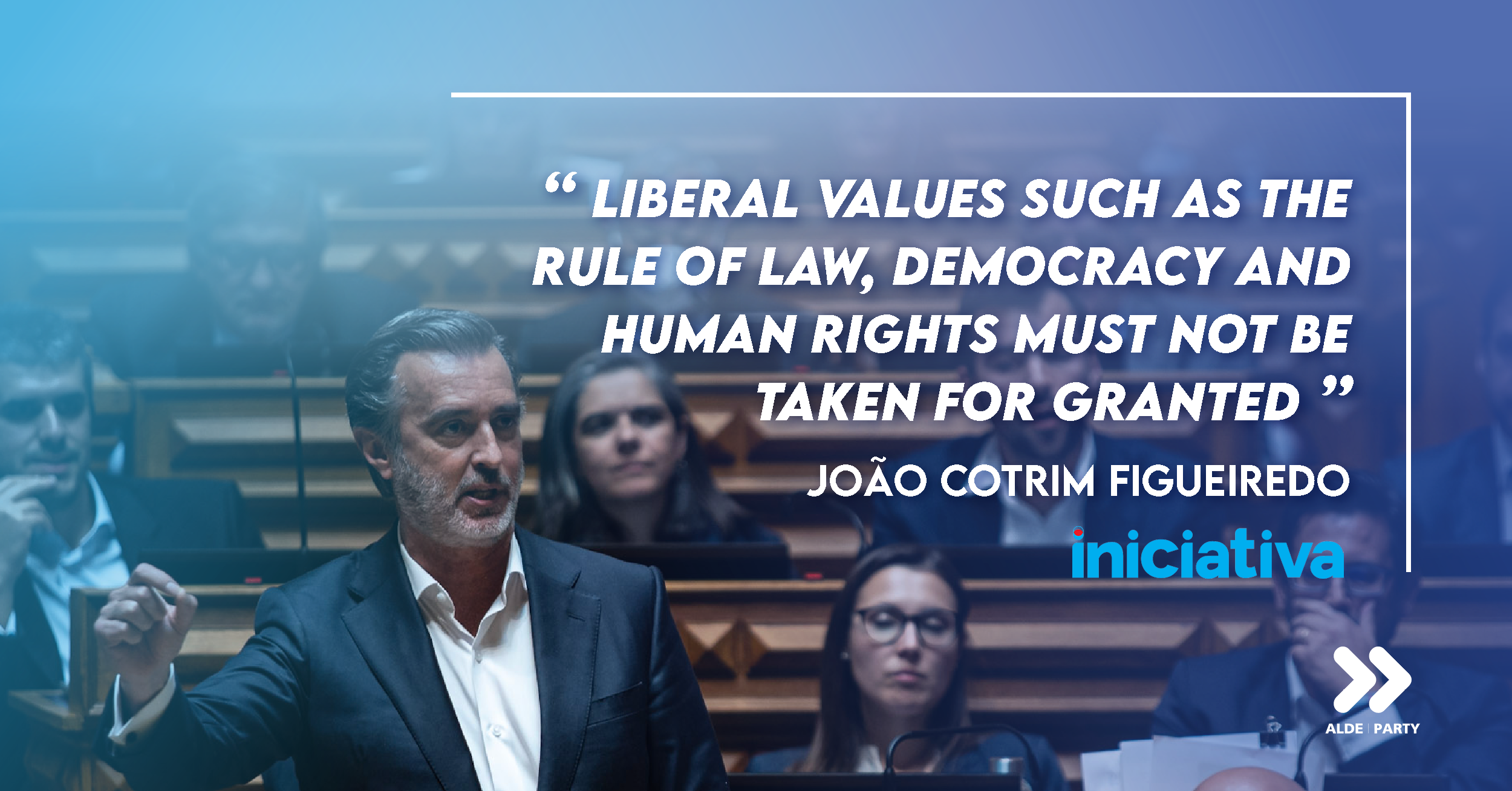 For João Cotrim Figueiredo, leader of Iniciativa Liberal in Portugal, concentration of power comes at the expense of core liberal values.

This op-ed was originally published in the ALDE Party Liberal Bulletin in June 2022.

The barbaric invasion of Ukraine perpetrated by the autocrat Putin has reminded us that fundamental liberal values such as the rule of law, democracy and human rights should not be taken for granted and must be defended at all times.

The crisis also reminds us of the fact that Europe’s dependence on authoritarian states for energy and essential raw materials is a strategic vulnerability. As liberals, we instinctively mistrust any concentration of power, especially if comes at the expense of core liberal values.

This is why the spontaneous and overwhelming response of the freedom-loving citizens of Europe must be accompanied by an equally determined response to the economic and social effects of the war. In particular, the substantial rise in energy costs affecting the daily lives of 450 million European citizens must be offset quickly and effectively. In the short term, this must inevitably mean the lowering of taxes on fuel and energy, even if it runs contrary to the ongoing effort to reduce emissions. People must come first.

This should be seen as an opportunity to move to a new approach to environmental conservation. Instead of basing public policy on an ever-growing set of compulsory measures or wholesale prohibitions designed to force consumers and companies to adopt different behaviours, we should structure our sustainability goals around a set of market-based incentives that induce such behaviours.

At Iniciativa Liberal, we favour a contractual approach to sustainability, an approach that provides incentives to economic agents to attain certain pre-defined goals.

There is also an important political point to be made about the issue of sustainability. Radical socialists and leftists are replacing the logic of the class struggle with the logic of the climate emergency to advance and agenda of ever-increasing state intervention, both in the economy and our daily lives. As liberals, we must denounce and oppose this strategy.

We must be absolutely clear: we cannot succeed in our fight for a sustainable future unless we create the market-based conditions for people to voluntarily adopt new behaviours and for technological innovation to take its course to provide us new options in the future. This must be the liberal approach.

You can now follow the leader of Iniciativa Liberal in Portugal João Cotrim Figueiredo in twitter here.