Lithuanian liberals more than double their seats in parliament

The second round of parliamentary elections in Lithuania was held on 25 October with voters choosing their representatives for the remaining 71 seats of the Seimas. The results of the first round on 11 October looked very positive for ALDE Party members Liberalų Sąjūdis (Liberal Movement), Darbo Partija (Labour Party) and Laisves Partija (Freedom Party). The second electoral round confirmed these successful results.

🗳️🇱🇹 Congratulations with the great result in the Lithuanian parliamentary elections @darbopartija, @liberalai & @laisvespartija!
A very nice win for liberals and I wish you all the best of luck during the coalition talks @VCmilyte @Ausrine0 @ALDEParty #Lietuva https://t.co/tcjbEqQ3vu

On 26 October, Aušrinė Armonaitė and Viktorija Čmilytė-Nielsen signed a joint declaration on starting the coalition formation with the biggest winner of the election, Homeland Union – Lithuanian Christian Democratic Party led by Gabrielius Landsbergis. In this declaration, the three parties express their willingness to restore trust between the state and its people and form a coalition government led by Ingrida Šimonytė, an independent candidate who has previously served as Minister of Finance (2009-2012).

In her reaction, Armonaitė underlined the importance of education, economics and human rights to her party: "I have a dream, which I hope we will realise, that when forming a coalition, we will first agree on goals and then talk about measures and then about chairs. We talked about education, economic freedom, the problems of human rights, which presupposes that the Freedom Party wants to act in these areas.”

Čmilytė-Nielsen thanked her party’s supporters and expressed her hopes for the upcoming coalition: “This opens the path for us to be a part of a future coalition. Not an easy time but I believe that we will find the best agreement for Lithuania with our partners.”

You can find the final results of the election here. 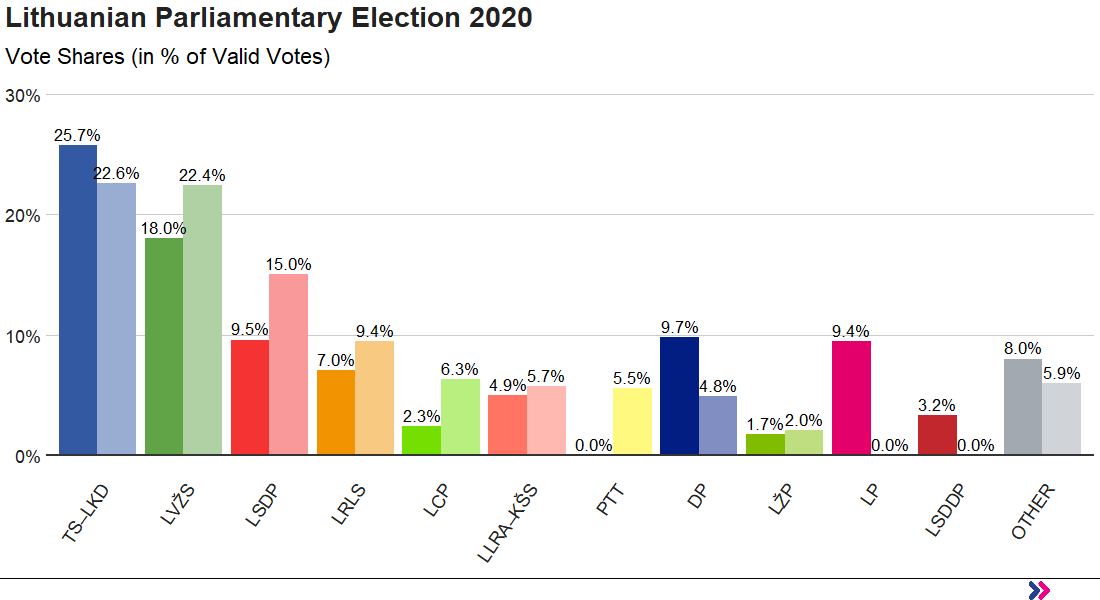