Kicking off the ALDE Party ’16 Days of Activism against Gender-based Violence’ campaign on 25 November was a thematic Liberal Breakfast focusing on violence against women in politics, organised together with the Friedrich Naumann Foundation.

The points covered by the participants included, among others, the needs for positive role models, for data about diversity and for legal frameworks and safe spaces, which support the efforts to protect women from violence.

In case you missed the event, you can re-watch it here or below.

The event was also recorded in a graphic format by artist Esther Blodau (see below). 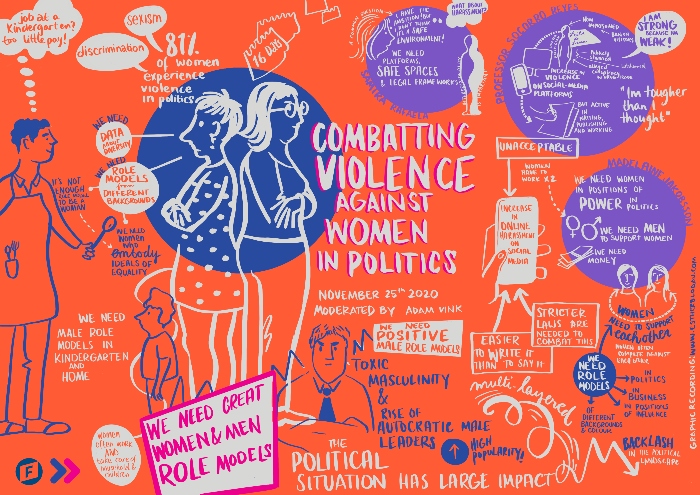 Don’t forget to join the ALDE Party for the rest of the 16 Days of Activism campaign! The easiest way to follow and support our campaign is to check out our dedicated campaign page and follow us on Twitter, Facebook, Instagram and LinkedIn with #ALDEact!